One thing MARI users have been wanting is a method for symmetrical painting. Of course, The Foundry’s MARI can handle symmetrical painting so some extent. The problem is that mired painting is only available in the buffer. This makes for a difficult workflow to paint on opposite sides of the 3D objects in the viewport.

..allows you to paint with symmetry in Mari similarly to how you would in zbrush or mud box…

There is another way, however. Freelance 3D Artist David Eschrich has created a script for MARI that will allow for world-space symmetrical painting. David’s Symmetrical PaintingTool for Mari lets you work similarly to Substance Painter or ZBrush.

Simply paint on one side of the model, and hit the desired mirrored axis with the script’s buttons. The script instantly creates an exact reflection on the other side of the model. If you need accuracy that symmetrical painting with the buffer doesn’t allow for, you would definitely check out the Symmetrical PaintingTool for Mari.

David Eschrich provides some notes on the MARI script: 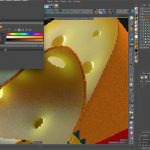 Watch What's Great in the Next in C4D Modeling Bundle Previous
Frustrated Navigating 3D Space in Ae? Here is MonkeyCam... Next 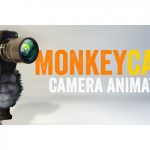