Create a Space Switch for Multiple Spaces in Maya

A Space Switch is really important concept in character rigging. One of the rigging challenges is managing parents and spaces of a rig and being able to switch between them easily.

Really, a rig should consist of a hierarchy of spaces. This will allow an animator to temporarily alter the parenting of the character’s parts so that it can interact with other objects such as props, its environment or even itself — think of a character placing a hat on its head as an action of all three of those dynamic parenting examples.

Kasper Larsson has posted a couple rigging tutorials that cover space switching, previously showing how to create a really easy switch for props. Expanding on those concepts, Kasper now has a look at creating a space switch for multiple spaces. This can be done easily by using Maya’s Driven Key Attributes. 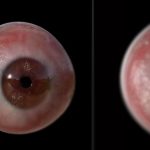 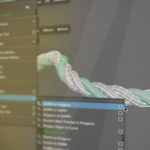 The Basics of Space Switching & Dynamic Parenting in Maya