Getting Started With Blender’s Bendy Bones

Blender’s Bendy Bones system is a fresh new take for rigging character elements. As the name suggests, it allows you to create a bone system that is quite flexible, not only in movement, but in context as well.

The entire Bendy Bones system was set up to offer an easier way to rig characters, so that anyone could do it, without having too much technical knowledge. It was created to be a viable easy rigging system for animators. That meant brining in some new concepts and discarding old ones. Any time there is a fundamental shift in process, there is also going to be some confusion, even though the process might be more useful.

At first glance, Blender’s Bendy Bones might not make much sense. Head? Tail? These are labels that technical directors are not familiar with. Once you understand what is going on though, it seems as it was intended — a really simple way to add deformation to objects and build characters rigs for animation.

If you want to get started with Bendy Bones, JayAnAm Games posts a look at how you can get started. The tutorial doesn’t get into much depth, but it has everything you need to know to get going. 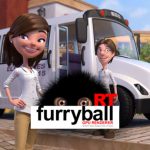 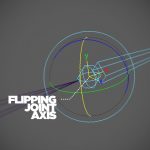 Animated UV’s Can Create a Great Wormhole Effect in Blender