Updated versions of the Adobe CC Suite included more than just team project and a new template workflow. It added a new 3D composition renderer, the Cinema 4D Renderer. In actuality, the new feature is a bit of a misnomer.

The system is more than just a viewport renderer, it also comes with some additional 3D features. One such important feature is the ability to generate 3D layers right in After Effects. This includes extruded text and shapes and curved 2D planes.

If you would like to see the new Cinema 4D Renderer at work, Motion Designer Sean Frangella has a nice walkthrough.

The new 3D features in After Effects has a single quality slider. This lets you choose between draft or higher quality settings.

The new features are a nice addition in After Effects CC 2017 — They have managed to come a long way in a short time. They also have a longer road to travel to get to where it needs to be. It is pretty clear from Sean’s demonstration, that the C4D renderer is doggedly slow to the point where it is almost impractical. If you don’t rely on a 3D application as part of your workflow, this might be a great feature for you to use. If you have a C4D to AE pipeline, then it would be nice to pass some things off to Ae using the Cinema 4D Renderer. If you are used to 3ds Max, Maya, or others, this will feel like working in 3D, 20 years ago. 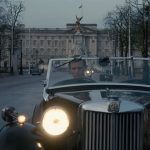 One of Us Breakdown Invisible VFX on Netflix’s “The... Previous
Creating Dynamic Subdivision in Cinema 4D Next 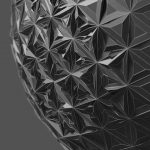