Since the demise of the 3D Ray-tracer in After Effects, there is little choice for knocking out a really 3D model in Ae. Some third party tools offer the ability to model and render right in the compositor, most notably Mettle’s Freeform Pro.

Mask 3D Warper can export whatever you create in After Effects. You can easily export out the 3D shapes as standard OBJ, or OBJ sequences and use them with the 3D applications that you already have and use.

Live Dependency to the Mask

The cool part, is that the 3D shapes you create are still live-linked to the actual mask shape. So changing, or adding animation to the make will then affect the 3D shape in the same way. This is partly where the “warp” in Mask 3D warper comes in.

You can link the original mask vertices to nulls, using BAO’s Mask Avenger and have a true 3D rig for characters or any other animation rig.

Mask 3D Warper includes a 2D mode as well. You can warp images using the same mask, rather than messing around with the puppet tool in After Effects. This can be useful for some kinds of character animation, such as changing facial expressions on an image. 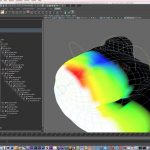 Easily Create, Manage and Use Selections in Maya With... Previous
Creating Character Wrinkle Maps in Maya Using Multiple... Next 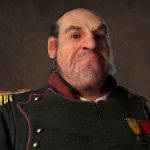