Need to create a metallic looking reflection? Using 3D is one possibility, but there are ways to “fake” a metallic reflection effect right in After Effects. Best part? You can create one easily using only After Effects native tools.

Learn how to create a unique, reflective texture for your text animations in After Effects.

Watch as Motion Array’s Tyler Williams walks us through the process, which is actually much easier than it looks. The effect is basically animated Fractal Noise with a bit of color correction. Of course there are some other great tricks that will help sell the reflection effect. One of them is CC Blobbylize, which can make the reflection effect looks more natural. Others include bevel alpha, and CC Light Sweep to have the affected object take on more of a hard surface, 3D look. Pretty convincing considering how easy the whole effect was to put together. 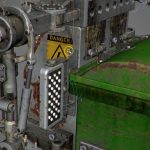 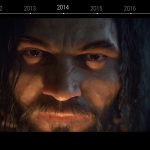 Making Type Pop in After Effects

Quick and Easy Reflections for Type in Ae