An Interesting Approach to an All Hinge IK Arm Setup

Setting up a robot arm full of hinge joints, pistons and actuators isn’t that difficult… If you are thinking of using FK. What about an IK setup though? A two joint setup? Simple. More than that, and you might have a hard time.

Recently Character TD Brenainn Jordan showed off his “TrashBot” rig, which used an IK system in a multi-hinged arm. This posed a challenge in how to rig it effectively. Brenainn comments, “This was an interesting experiment in mechanical rigging, and proved that simplicity is always key!”.

Looking to solve the problems mathematically, Brenainn broke down each joint into triangles, and used trigonometry to calculate the rotations for each joint. For the most part this worked with natural rotations. If the system had to rotate beyond a negative value, things would break down quickly.

The answer came in a much cleaner setup where only the shoulder going would house a few expressions that calculates most of the scenarios for movements. Watch Brenainn walk through the finer details in the video.

The final TrashBot arm gets some nice movements and rotations. When it all comes together with the pistons and actuators moving around, it looks really cool! 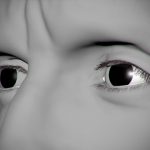 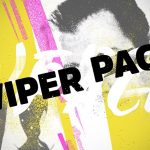 How to Rig Mechanical Scissor Arms in Maya