Write, or animating type appearing on a screen is something that gets done a lot. From animating the strokes to look like type is bring written, down to the old-school computerized type animation, with a leading cursor.

If you are doing the latter, you might be surprised to know that creating type that looks like it is being written on an old computer screen, can be done with 2 keyframes and one layer in Ae.

Watch this tutorial from Motion Array, where you can see a clever way to sync all the animation needed together using the Expression Pick Whip in After Effects. It’s a simple technique that can be used to create this computerized type effect with just two keyframes on a single type layer.

You can save the whole thing out as preset so that you can use it over and over again. 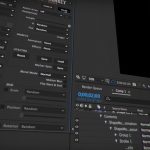 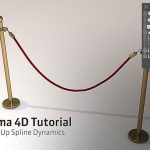 Easily Create a Thickening Growing Vine in After Effects

How to Reveal Variable Width Strokes in After Effects

Animating a Terminal and Cursor Effect in Ae

How to Make a Liquid Write-On Effect in Ae