Optical phenomenon has always had a history of complexities in 3D. Some initially can be difficult to reproduce. Take for example the colorful iridescence that happens when looking at a single soap bubble in real life. The swirls of colors, reflection and refection is a complex mix of elements to get right in 3D. Especially if you are trying to “fake” it. Most rendering applications these days will have a specialized shader that can make the thin film effect easy.

With a recent update of Arnold, you will find a new aiThinFilm shader that can create all kinds of Iridescent Thin Film Effects. You will be able to create the look of colorful materials from soap bubbles down to the otherworldly surface of a beetle’s outer shell.

Showing how to create a thin tim effect using Arnold render is Lighting TD Arvid Schneider. Arvid walks through using the thing film shader that is in Solid Angle’s render engine. The thin film shader is simple to use and easy to incorporate into other shader networks. 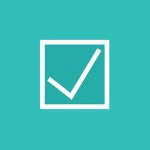 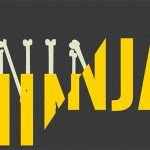 Create an Arnold Toon Shader With This Cel Shader Tool

Optimizing Arnold: How to Get Faster and Cleaner Renders