Create a Simple Nebula Scene With After Effects Native Tools

You can build something out of nothing in Ae with the native tools and effects. Cornerstone noise generators, stand-by effects, simple masking, distortion and color correction can go a long way. As an example of this, After Effects Artist Caleb Ward shows how you can use Ae native tools to create a simple space and nebula scene, and animation.

Stars in the scene are easily taken care of by Ae’s starburst effect, while the gas effects of the nebula makes use of Turbulent Noise. Adding some masking, warping and color correction dials in the nebula effect to something more believable.

Making the scene 3D and adding a camera move sets and quick and easy animation for the nebula scene. It’s all very straight forward, but it’s always impressive to see an entire scene come out of nothing with a few simple tools and techniques. Download the scene file at VFX.City. 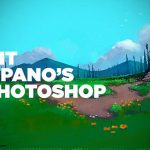 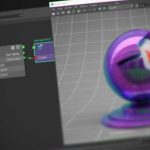 How to Combine Physics Now! With 3D in After Effects

How to Recolor Echo and Repeaters With Colorama in Ae

Create an Easy Ae Glitch With One Animation and One Effect