Constrain Movements to Isometric 2D Space in After Effects

Ever wanted to animate elements in 2D space along a particular axis? Creating drawings in isometric 2d space? Constrained movements would be an ideal method. Making sure that something will move in a specific direction in After Effects, may leave you with few choices.

You can set up guides that can help to a certain extent, assuming that you know where your objects are going to be and which direction they will move. If you have way too many elements to move, all on different places, then guides will become a nightmare. An example would be animating an exploded view in isometric space.

Parenting can come to the rescue. Even having multiple layers of hierarchy could account for direction changes could work well depending on the scenario.

Ideally though, a system like the one in Illustrator would be best. Wouldn’t it be great just to change the axis for the Constrain Angle so that holding down shift will adhere to the new angles when moving elements? Pretty freeing working this way. In fact way back when illustrator didn’t have guides, this was the only way to create accurate isometric drawings in 30/60.

Of course you can’t change the axis in After Effects, but there is another way, and that is through expressions and expression controls. It’s not as good as being able to freely move your object in the scene, but it is a great way to make sure that everything will move on 30/60, or what ever you set.

Motion graphics artist Alejandro Sanclemente’s short tutorial will walk you through the setup, with the expression below.

As you might have guessed, there is also a few scripts that can help out with isometric drawing and movements. A popular one is IsoMatic FX from Fremox. 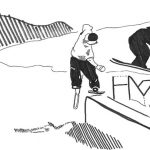 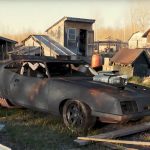 How to Create an Auto Look-At Expression in After Effects