Create a Transition of Random Triangles in After Effects

Looking for some more transition ideas for your work? Motion Designer Evan Abrams might have a new one for you. Evan walks through how you can build an easy transition consisting of random triangles that can create a nice reveal effect from one layer to another.

The random cascade of triangles looks way more complicated than it actually is. The pieces needed for the random triangles system can be built up procedurally, through a small pre comp and the RepeTile effect in After Effects. Tiling takes care of the random distribution of the triangle element, while the Time Displacement effect can stagger the animation, having it play out at different times, simply by using a greyscale reference.

“Sadly this is only meant to be used with right angle triangles. If people want it, we’ll get into using equilateral triangles… I promise :)” Evan says about the tutorial. We look forward to that! 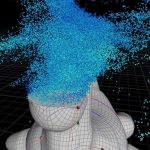 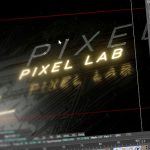 Creating a Simple Zoom Blur in After Effects

The Drawing Room Releases Wiper Pack for After Effects

Easy Radial Transitions in After Effects