How to Create 3D Light Ray Effects in Fusion

Chetal Gazdar gives a look into creating a 3D light ray effect with Fusion, using 3D type and other built in tools. If you are familiar with After Effects and want to know more about how Fusion handles work in it’s 3D space, this is a great way to start.

Gazdar shows how to create a simple 3D type animation using modifiers in Fusion, which are similar to Ae’s Text Animators. Looking to get those neat-looking God rays by using volumetric lighting? Gazdar also takes us through creating that 3D light ray effect.

Instead of the rays being a volumetric render effect, Gazdar chooses to “fake” them by using Directional blur. A little tweaking and the effect looks pretty much like the crepuscular rays that we are used to seeing. 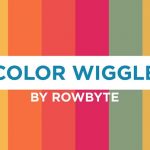 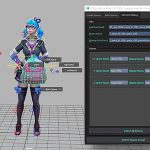 How to Create a Sci-Fi Type Animation With Fusion

How to ReUse Custom Fusion Effects from Resolve Edit