The Mari Extension Pack is an ever-growing and continually refined suite of tools that extend Mari with new tools and workflows. A new update to the pack adds new pivots per UDIM, some bookmark improvements that should help streamline things, a jump to node input feature, and a new update to the radial node system.

The last update which wasn’t too long ago, added shader presets, multi renaming updates, smart renaming and a new checker node, among other things.

Jump to Node Input / Output lets you quickly jump to a node that is attached to a specific input.

Kafitz taks a look at how to use the new Radio Node System to automatically connect imported Nodegraphs to existing nodes, for example to connect Mari Extension Pack Dynamasks to their necessary Maps (Occlusion, Curvature etc.)

The Pack is available now for €35 for a single license, or €250 for an unlimited seat site license. Visit the release notes for a complete list of features. 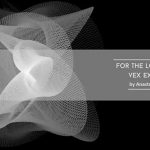 An In-Depth Look at Substance Baker Bridge for Mari