Paul Johnson is a 2d pixel-art Artist and Animator at DHX Media, responsible for some of the design and animation of the 2d pixel art sequences on the 3D reboot of Mega Man.

Johnson has been hard at working creating a new short film, his 5th in fact, titled “65 Million Years Ago”. While working on the short, Johnson has also been recording his progress. The short is being created in TVPaint, a feature-rich “traditional” style 2D animation tool.

Even if you don’t use TVPaint, Johnson covers a lot of really useful traditional animation tips as he works. Johnson explains: “I’m using TV Paint to create my 5th short film, “65 Million Years Ago” along the way showing the process for roughs, cleans, paint and tones. Of course, this isn’t the *only* way to make 2d animation, but I want to share what I’m doing in the hopes of shedding light on a process that more people should know about.”

A wide range of topics are covered over a few videos, that are fascinating to watch — Especially if you want to learn more about finessing 2d hand-drawn animation.

TVPaint offers a complete 2D animation package that is widely used in the industry. 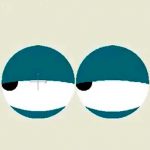 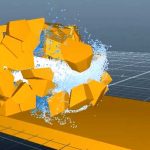