How to Apply the Golden Ratio to Animation

Feature Film Director and Emmy award-winning animator Matt Drummond studied the golden ratio and how it can precisely relate to temporal applications such as animation. Recently Matt presented his findings to the members of the Australian Chapter of the VES.

The Golden Ratio has its purpose in design for managing proportions, yet sometimes they can feel “overthought.” how many times have you looked at a piece that had lines and spiral all over it and thought…”yeah, that’s overstating it a bit.” That is not to say that the Golden Ratio doesn’t have a place in the composition. It can be used as a guide to help navigate the complexities of proportion. Matt Drummond also believes that much of the divine ratio can be used for animation as well.

Watch Matt’s presentation where he outlines the temporal aspects of the golden rule in nature and how to apply it to animation using a basic walk cycle as an example that displays his “inertia method”. Fascinating stuff here! 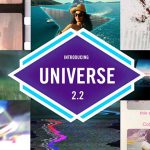 Red Giant Universe Updates With 11 New Transitions Previous
You Can Use 3D-Coat Toon Shader for a Cel-Shaded Line... Next 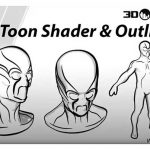