How to Make an IK Limb Without Puppet Pins

It seems that Mikey Borup is still experimenting with After Effects Point Path Access. His latest tinkerings for the new After Effects 2017 feature sees it in place of Puppet Pins when rigging IK character limbs.

There are two fundamental ways that you can rig an IK limb with DUIK. One involves separate elements for each part of the limb: Upperleg is a layer, lower leg is a different layer. With anchor points placed where the joint would be, and some parenting, you have a simple limb setup. The other way involves using something to deform a single layer. That usually means that you need to use puppet pins placed where the joints should be, to bend the shape to your will.

Puppet Pins are ok in After Effects, but they can slow you down quite a bit. Add the continual-evaluation component of an IK system, and it gets even slower. Perhaps not using puppet pins at all can speed things up?

Mikey shows how you can create a setup using the new path point access feature in After Effects to forego using puppet pins altogether. Instead, you can link nulls to individual points of the shape element and then, in turn, use those with DUIK. Although DUIK inherently offers pose deformation tools, perhaps path point access can make another avenue for pose space deformers and corrective shapes when rigging characters.

It’s difficult to tell which method works faster as there are no tools in After Effects that will let you determine frame rate on evaluations as far as I know. Nonetheless, it seems plausible that altering the shape of a path could evaluate faster than the dense mesh and weightings of the puppet pins. 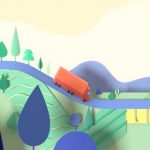 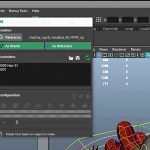