A new version of DUIK Bassel takes advantage of some of the performance tweaks in the latest After Effects.

As with any third-party tool, it’s only as good as the host application allows you to be. In my opinion, nothing will beat a native IK/FK solver, but in After Effects, the best we can hope for is RainBox’s DUIK. The defacto must have animation-tool for Ae relies heavily on expressions, which made some things just inherently slow. Now with After Effects’ latest performance tweaks, DUIK Bassel 2 not only is significantly faster, but it also reworks how we interact with rigs and what is possible.

DUIK Bassel 2 takes advantage of Ae’s speedup within Master Properties. DUIK’s extraction of controllers works with Master Properties rather than a spider’s web of expressions. Not only does this speed things up in your scene, but it also ends up a lot more flexible. The Bassel update will allow artists to re-use the same rigged character in several shots in one project, each with different animations. All the while, making it possible to alter the rig. 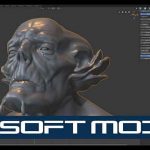 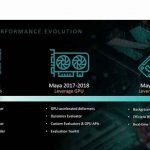