How to Create Cinematic Energy Blasts With Blender

Cinematic energy blasts? We’ve seen them in all kinds of films from science fiction to fantasy. With Iridesium’s latest tutorial you too can have these fantastic looking blasts peppered as effects in your work, using Blender. Blender particles drive the effect and while blender smoke creates the the final render.

“The crazy thing about these shockwaves is how fast they render” Joel says. “I rendered almost all of these like in two minutes with four samples.” That does sound fast for such a nice-looking effect, but as the project is a simulation, there will be some processing time for baking added to that.

The Shockwaves come as another installment into Iridesium’s “Cinematic” series. Past episodes have included amazing massive explosion, and various types of realistic clouds, all in Blender. 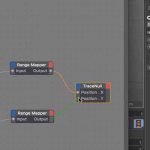 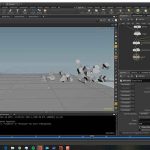 Tips for Working With Smoke & Cycles in Blender