Julian Field Shows How to Create a Heart Monitor Effect in Cinema 4D With a Bit of Xpresso.

A new two-part series from the Xpresso Mechanic Julian Field shows how to create a heart monitor effect in Cinema 4D. Using a bit of Xpresso to force a Mograph Tracer Object to produce a spline trace, which in the end will resemble a heartbeat.

Julian, is recognized for his Xpresso tutorials ranging from the foundational basics to creating an entire video game that is all driven by expression code, right inside of Cinema 4D. With the second part of the monitor series, Julian creates an image texture for the monitor display for the Tracer projection. A second texture that uses a similar technique adds a grid to the background of the final heart monitor effect. 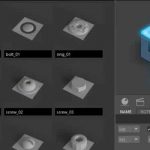 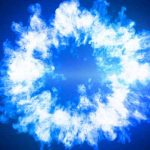 How to Create Intuitive Viewport Texture Controls With Xpresso

How to Rig a Continuous Track in Cinema 4D

How to Animate a Rolling Cube With C4D