How to Fix Mismatch Point Order in Zbrush

Perhaps you’ve run into an issue when you import geometry into Zbrush and then get a notice telling you that a “Mismatch point-order in the imported mesh was detected and auto-corrected.” It sounds like everything is fine until you check the UV’s to find them a bit scrambled.

There is an easy fix though according to Vladimir Uryadov who is a Lead Character Artist for Asymmetric VFX. Uryadov’s short tutorial shows how you can get the asset back on track in a few simple steps.

“A few days ago I realized that a lot of people don’t know how to solve “Mismatch point-order in the imported mesh was detected and auto-corrected” problem in Zbrush. Here is a small tutorial about it,” Uryadov says about the tutorial. 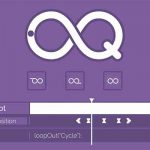 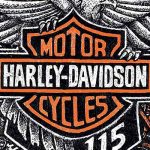 How to Create Zbrush Claymation Animation

6 Step Workflow For Going From Zbrush to C4D

How to Create Texture Details for Game-Ready Heads

Take Your Alpha Game to the Next Level