Duncan Rudd Expands on Some Details for How He Created a Bezier-Driven Tentacle Rig in After Effects.

3DR Studio’s Duncan Rudd covered how he created a unique tentacle rig in After Effects, which didn’t turn to the conventional rigging methods for such a task. The system didn’t use bones, joints or puppet pins. Rudd’s rig made use of the flexibility given by a single Bezier curve, which is great for animation. Now, a followup tutorial details a few more things about the Bezier-driven rig, primarily, the orientations of the suckers and how to achieve the shading and sharp edges.

Rudd used the technique on 3DR Studios’ animation “Buy Any Part — Farmer,” a little story about a farmer and his rooster sidekick who manage to get their day back on track with the help of Buy Any Part.

The first tutorial initially covered the essential mechanics of the rig — How to create the Bezier path control for the tentacle. In that case, an expression sampled the points position of the path and designated a direction for the normal at each sample point. This new tutorial covers how to orient the suckers on the tentacle and how to get some of the areas of the Bezier-driven rig looking sharp, while other areas depicting smooth shading. Great stuff here as always from Duncan Rudd. 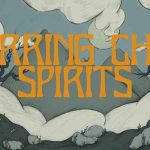 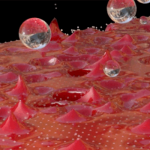 Fake Cloth Animation in After Effects With a Simple Expression