Aton Now Can Push Arnold Renders From Houdini to Nuke

Aton is a free and open source tool that allows you to push Arnold renders to Nuke from a DCC like Maxon Cinema 4D, Autodesk Maya, and with a recent update, SideFX Houdini which is new to version 1.3.0. Its creator Vahan Sosoyan says that the HtoA implementation patterned the research article from Ryan Heniser, but the workflow is very similar to Maya and Cinema 4D.

The plugin’s initial support for Houdini includes MultiFrame IPR with ROPs as Render Layers with Camera, Resolution, Sampling and Bucket Scanning Overrides. There is also support for Render Region and Overscan options and ignoring features for Diagnostics along with support for live cameras.

The plugins are an entirely free and open source tool. Visit the Aton page to learn more, download or get the source code. 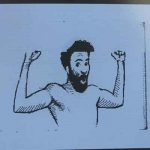 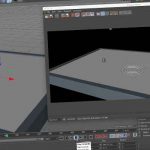