Vahan Sosoyan is a lighting Technical Director at FrameStore, and has recently released a workflow plugin that will allow you to push Arnold renders directly to Nuke from a content creation application.

Aton is Arnold Interface-compatible display driver and Nuke plugin for direct rendering into the Nuke interface.

The plugin borrows the best bits from Dan Bethelli’s Rmanconnect, and Chad Dombrova’s driver for arnold —Both of which, are freely available.

Aton will give you Arnold’s IPR display right in Nuke from Maya (At the moment) using MtoA. The AOV’s come in as Nuke channels.

You can capture the renders from the IPR in Nuke and stamp them with your info and comments.

Aton will even let you alter the render, by letting you create a region render using the Nuke crop node, and changing the antialiasing and resolution from within Nuke. You can even use the IPR input as a regular Read Node in Nuke.

At the moment, the plugin is meant to be used with Maya and Arnold, but because it is released as open source, can theoretically be ported to any other DCC that runs Arnold. 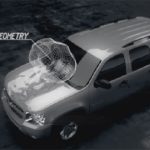 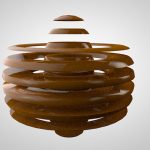 Easy Set Dressing With the Placer Node and Arnold Stand-Ins