How to Create Planetary Atmosphere With Corona C4D

Shawn Astrom Shows How to Create a Rayleigh Scattering Effect to Create That Planetary Atmosphere Glow.

Creating a realistic planet complete with atmosphere changes from renderer to renderer. If you are wondering how to create that tell-tale glow effect of light skimming the surface of an atmosphere with Corona in Cinema 4D, you should check out Shawn Astrom’s latest.

Astrom uses Corona’s raytraced volumetrics to create that look. “Corona has a wonderful feature, and that is ray-traced volumetrics, and it does this in one of the best ways I’ve seen any engine,” Astrom says about it. But it does have some drawbacks at the moment. “Unfortunately, as of right now Cinema 4D version of Corona does not currently support 3d density,” Shawn says. “So in other words under the distance or you could say the density of a volume you can’t pipe in any 3d volumetric shaders as you can with Arnold and a couple of other engines.” That feature is in the 3DS version, so it’s likely coming soon.

Corona Render Beta for Cinema 4D is still free to download while it’s still under development. 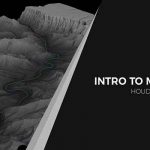 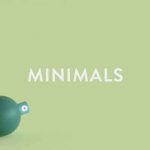