The CGI Nerd shows how to create an effortless particle disintegration effect in Houdini.

Alejandro Perez (CGI Nerd) covers how to create a simple particle disintegration effect in Houdini that demonstrates a bit of modeling, dynamics, and animation — Making it a perfect tutorial for people who are just getting started with SideFX’s procedural powerhouse 3D tool.

Alejandro’s channel covers a lot of tips and tricks focusing on games development and film production techniques that can help people improve their CGI skillsets. A particle disintegration effect is a fun thing to create in 3D — It’s likely why there are a few tutorials that cover the effect.

Check out Alvaro Castaneda’s tutorial that shows how to disintegrate geometry in Houdini.

Saber Jlassi is a Senior Cinematic TD at Blizzard Entertainment who once showed how to create a simple dissolve effect that you didn’t even have to render. 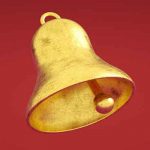 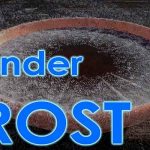 How to Make an Easy Dissolve/Reveal Using VDB in Houdini

Side FX Houdini, Break Apart An Object Based on a Modifier’s Position