Plugin Play shares some advanced shatter techniques for making the standard After Effects Shatter stand out.

Some effects in Ae have been around so long that we tend to overlook them. Some of the effects in Ae’s library are quite useful. Take the Shatter effect as an example. On first impressions, the shatter effect may seem kind of cheesy, but it can be quite powerful. Follow along with Plugin Play’s Danny Perry’s latest tutorial that shows some advanced shatter techniques to the next level.

“Today we go over some more advanced effects that can be generated with Shatter,” Danny says. “We learn how to use gradient maps, custom Shatter maps and more.” Maps are a great way to control lots of parameters in any DCC, and that includes After Effects. 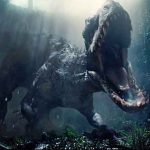 Check Out CGMA's Mastering Destruction in Houdini with... Previous
A Simple Way to Create Multiple Decals With Redshift... Next 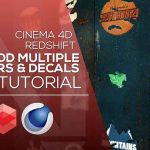