How to Use Vellum to Animate Character Fat

Tim van Helsdingen shows how you can use Houdini Vellum to animate body fat for a 3D character.

Adding realism to 3D characters includes a host of technical achievements in realistic lighting and shading. When speaking of animation, authenticity also includes micro-movements, and the animation of muscle and fat as well as bone. When auto-animating things like fat, there are several ways that a rigging TD can approach this. One way is to use a deformer, and another is to create a simulation. The latter is what Tim van Helsdingen covers in his latest tutorial using vellum to animate character fat.

The tutorial started with a question, “A friend asked about doing something like this in Houdini,” Tim says. “I had a quick go at it for fun personal r&d, and then I decided it would make for a good tutorial as well.” While the tutorial is free, you can get an extended version that also includes the project files and all the models by becoming a Patreon. Check out Tim’s Patreon page here. 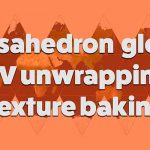 How to Unfold a Globe in 3D to Fold it Up Again With... Previous
Spine Adds Soft IK, Polygonal Texture Packing and More Next 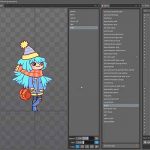