If you’re anything like me, you look at something like Spine 2D animation and can’t help but compare it to After Effects. I’m not sure how a character animator using After Effects can even glance at Spine and still think that Ae is cool. Is Ae even anywhere near a viable solution for character work? Spine has tons of professional-level animation features to create, rig, and animate, and with the latest release, it doesn’t seem like the development team is slowing down. Spine 3.8 adds things like texture packing, selective activation of bones and constraints, enhanced PSD export, and soft IK.

Spine 2D is a fantastic piece of software. Spine is widely a games animation tool. I can’t help but think that it could easily take over 2D character animation for motion designers and other artists. Spine has everything that an animator needs, including bones, IK systems that include stretchy IK and now soft IK, and animation constraints. A comparative example I often cite to demonstrate the capabilities of Soine and After Effects is one of an animated tank tread. In Spine 2D, it’s relatively straight forward with path animation and constraints. In Ae, not so much.

Check out this post for a complete rundown of the features gracing Sine 3.8’s summer release. 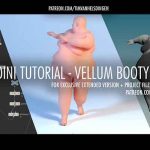 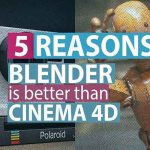 How to Animate Rain and Ripples With Spine

How to Create IK Constraints in Spine 2D

How to Rig a Feathered Serpent With Spine 2D Animation

Rigging an Eye in Spine 2D With IK and Constraints