A Blackbird Called Sue shows how to make a word-cloud effect in Fusion working with Duplicate 3D.

You would think that making a word-cloud effect with Fusion might include working with particles, but no. Check out this latest tutorial from A Blackbird Called Sue that shows how to create the effect, working with Duplicate 3D.

The tutorial uses Fusion within Davinci Resolve using the duplicate node. You can, if you choose to, use a particle system to solve the same problem. A word-cloud effect might be considered more motion graphics work rather than visual effects. Fusion is a lighting-fast compositor but also a motion graphics tool built for production and single-user environments. With tools like FUGraph and Krokodove, Fusion is a viable option for motion designers that feel like they’ve outgrown Ae. 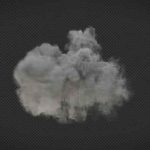 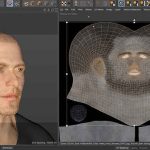 How to Make an Overshoot Expression in Blackmagic Fusion

How to Create a Fire Effect in Fusion using Fabric