Blender for C4D Artists: How to Work With Cameras

Helge Maus starts a new Blender for C4D Artists series for people looking to get into Blender.

There are two community groups on fire right now, Houdini and Blender. It seems the bulk of the tutorials are people are showing how to use Side FX Houdini, and Blender. With Blender, it’s not an immense wonder. It’sIt’s free, powerful and has a massive following that is growing. Lots are adding Blender to their workflows, including C4D Artists.

PixelTrain’s Helge Maus has a new tutorial series that shows how C4D Artists can get into Blender, starting with this new one that looks into working with Cameras.

Apart from Blender being completely free to use, it has some things that either other 3D apps don’t have, don’t do well, or come at a cost. Take Grease Pencil, tracking, camera matching as an example. The later both involve cameras.

Maus says, “In this tutorial, you will learn how to create and manage Blender Cameras.” The tutorial covers things like how to align views, how to move Cameras effectively, switching cameras for Animation, and how to use guides and grids. There is also a discussion on Camera Widgets for DOF Setups and Focal Length.

Helge Maus, a former MAXON Certified Lead Instructor and taught 3D- & VFX Applications for 20 years. His focus lies on VFX, but he also works with many studios and agencies from different visualization areas.

If you want to support Helge Maus for publishing more free tutorials, you could help by becoming a Patron. 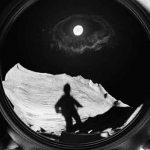 The Space Wall Previous
Getting Started With Arnold's Surface Shader Next 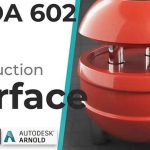