Julien Depredurand shows how to create an upres pyro solver in Side FX Houdini.

Fluid and pyro effects workflow often dictate simulating at low res and then increasing the resolution of the effect after the simulation. With Side Effects Houdini, there are a few ways that you can upres a sim, for example, the gas up-res node. Gas Up-Res is often used to save computational time by calculating a low-resolution sim and then using the up-res node to bring out more details. There is an easy way to create a Pyro Upres too.

In this tutorial FX lead, Julien Depredurand shows an easy way to create an upres pyro solver in Houdini 18. “To keep things simple, I’m not including re-timing or rest fields in this tutorial,” Depredurand says. “Or how to use upres and what it does – that will be in another tutorial.”

We look forward to those!

Depredurand is an Effects Lead at Image Engine Design, with ten years experience and a long list of credits. 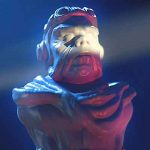 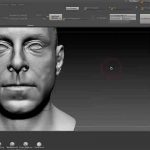