Blue Fox Creation shows how to build an Inheritance Effector with Animation Nodes in Blender.

In a continuation of creating motion graphics setups in Blender that mimic some of Maxon Cinema 4D’s features and toolset, Blue Fox Creation shows how to recreate the Inheritance Effector. Blender had some motion graphics features previously, and the recent addition of Animation Nodes expanded those features to include procedural animation.

In Cinema 4D, when using a Cloner, Inheritance helps to pass attributes from one object to another, including Position, angle, and animations. The setup is a little more complicated in Blender, but ultimately much more flexible. 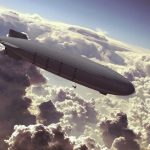 How to Create a Wrinkle Effect With Animation Nodes