Simon Verstraete shows how you can make a city block using OpenStreetMap data in Side FX Houdini.

OpenStreetMap is an open-source repository of data that includes roads, trails, cafes, railway stations, and general city-data all over the world. A lot of 3D DCC’s can take advantage of OSM to create 3D representations of buildings and terrains. Houdini is no different.

Create a City Block With Houdini and OSM.

A new series from Simon Verstraete shows how you can quickly create an entire city block using OSM right in Side FX Houdini. The data is processed using three tools from SideFX Labs and then combined into a Houdini Digital Asset that can be loaded into Unreal Engine.

The asset can generate points procedurally that you can use to instance geometry that is part of your UE4 project. These points use attributes to add variation to the look of the buildings based on information from the OSM data. 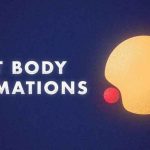 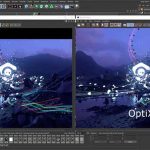 How to Emit Sticky Vellum Balls in Houdini