How to Sculpt and Render a Furry Character in Blender

Dragonboots Studios has released another character design course for Blender, this one completely free on YouTube. This course covers several of Blender’s new tools, including the sculpting Remesh tool, which works very similarly to the zBrush ReMesher.

The tutorial covers retopology using the free F2 plugin and a chapter on adding fur. The final chapter (soon to be released) will cover posing the character using the new Pose-Brush, allowing you to pose characters without the need for rigging.

Jamie Dunbar has been running Dragonboots Studios, an animation studio based in Brisbane, Australia, for the past ten years. He has a wealth of experience with character design and has created animated cartoon characters for the Myer’s Christmas display and the Texas Children’s Hospital.

In his spare time, Jamie helps run monthly meetup events for the Digital Labourer’s Federation, an Australian animation and VFX group with over 3,000 members. 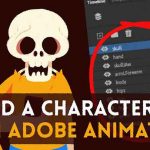 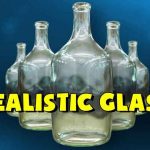