How to Build FK, IK, Bendy Bone, and Spline IK Rigs in Blender

A new tutorial from Richard Shilling (Dikko!) offers a step-by-step guide to building some of the most common character rigs components. There are a few different methods or systems for creating animate-able rigs in 3D. These consist of FK, IK, and stretchy type limbs and spline IK – Each handing a specific task in animation scenarios.

While rigging components for limbs are pretty much standard amongst 3D Apps, Blender has a unique Bendy Bone, a more intuitive and flexible stretchy bone system. The tutorial is an excellent introduction for Maya/Max users who wish to transfer their rigging skills to Blender.

Richard “Dikko!” Shilling is an independent artist and 3D generalist based in Melbourne, Australia. www.dikko.art. 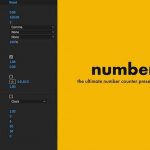 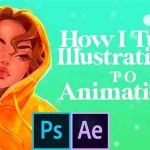 How to Animate Wrinkles With Cloth in Blender

How to Easily Make Ocean Foam in Blender