How to Set Up an ACES Workflow With Blender

Glass Hand Studios shows how to set up an ACES workflow between Blender and Resolve.

Consistent color is an essential discipline with pipelines and individuals moving to each stage in production. You need to have your renders in a composite look the way they did when you rendered them in your 3D app. There are lots of color workflows out there; one of the most prominent was a linear workflow. Now that’s changing with ACES taking over desktops.

A new tutorial from Glass Hand Studios covers working with ACES in Blender and Resolve.

ACES is the Academy Color Encoding System created by folks in the industry to have a consistent and accurate color interchange and workflow. The ACES project began its development in 2004 in collaboration with 50 industry professionals. While most DCC’s will have a way to work with ACES, each has its implementation. 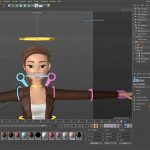 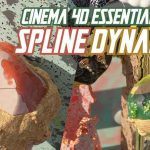 Check Out This Simple Workflow for Making 3D Concept Art

How to Animate Characters Procedurally With Geometry Nodes

How to Make a Failsafe System With Geometry Nodes

How to Create Ornate Curves With Blender Geometry Nodes