Matthias Pieroth shows how to master the Blender Mirror Modifier.

No question that one of Blender’s strength comes from its modifiers. Blender’s modifiers allow users to modify geometry non-destructively. If you’re new to Blender, modifiers work a little differently than they would in other applications. Jayanam Games’ Matthias Pieroth is covering a lot of the Modifiers and how to use them. His latest look is showing new users the Mirror Modifier.

“I also show the pitfalls because I get many requests for tips or tutorials for this modifier. “

The leading cause of problems that new users face is transforming objects while in object mode and not in edit mode. Being in the wrong mode for Mirror affects the object’s origin (location), scale, and rotation, which has to come before using the mirror modifier. 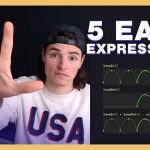 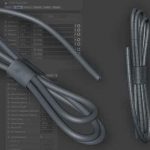 How to Quickly Make a Stylized Procedural Rock Setup in Blender

How to Make a Marquee Sign Generator in Blender

How to Get Amazing UV Packing With Blender

How to Make a Simulation-Free Tornado Effect in Blender