this video is a live screen capture of a Processing sketch, without any cuts and montage. Every play, the project generates a different 60fps video with random perspectives and randomly moving elements (based on midi notes and sound), but with pre-scheduled scenes setups.

wh0wh0 is a solo moniker of the drummer Jacek Prościński. It’s his unique experiment aimed at taking on the intensity and precision of electronic music. To face it live, he uses a self-made electro-acoustic drum kit. It is the fulfillment of a deeply rooted dream to create and perform independently as a solo drummer. Channeling the musician’s curiosity and testing his ability. Exceeding limitations imposed by traditional drumming. Exploring the possibilities of both the instrument and the artist.
Jacek Prościński has been an active musician for years – co-creating LLovage together with Olo Walicki, Mu with Tymon Tymański as well as the LASY and Hałvva duos. He plays in Tobiasz Biliński’s band Perfect Son and was a member of the now-defunct delay_ok. Most importantly, since 2019 he has been intensively developing his solo project wh0wh0, perfecting his individual drumming style.

The record features 8 tracks, all being the result of meticulous exploration and experimentation that show off a wide spectrum of music, not only electronic. The tunes may remind you of creations of different artists – at one moment they sound euphoric like Hudson Mohawke or TNGHT, only to surprise you with calm repetitive passages a bit later, bringing to mind the works of Steve Reich. Influences range from footwork, trap, hip-hop, through techno, ambient, and math rock, to electronic deconstruction and avant-garde. This album contains a broad range of structures – from abstract to almost song-like. 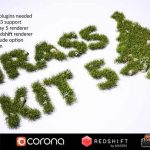 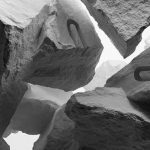