How to Implement Forces in Houdini Using VEX

Junichiro Horikawa covers the basics of forces in Houdini and how to make them using VEX.

Junichiro Horikawa is a forerunner in using Houdini for procedural works. So much so that he has an  Algorithmic Design Workbook that allows you to explore multiple possibilities in the procedural modeling process. Junichiro also covers using VEX for algorithmic design and procedural modeling too, and in the latest episode, he explains forces and how you can implement them using VEX.

Born in Tokyo / Japan. MSc in Meiji University. March in Columbia University AAD. Worked in Noiz Architects for four years and working as a freelance right now, mainly in the architectural / IT field. Junichiro Horikawa works with algorithmic and parametric design in architecture. He takes an interest in VR, AR, Games, and other media. Primarily interested in crossing those two fields together to create a better design system. 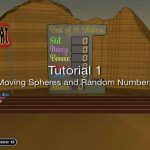 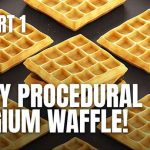