Cavalry vs. After Effects, a Graph Editor Comparison

Nick Ritter offers an authentic example comparing the graph editor in Cavalry and After Effects.

A new post from Nick Ritter shows an anecdotal adventure in animation curves. Ritter compares how both Cavalry and After Effects deal with animation curves in the graph editor using a small project of his as an example. According to Ritter, the video covers “demonstrating the dynamically superior animation curve interface in Cavalry compared to After Effects.” Cavalry’s capacity to achieve smooth manual animations quickly is definitely in the “win” column.

Watch Calvary slay Ae at its own animation game. “That’s not to say that After Effects is always bad, but situations like this do come up where I find myself compromising the integrity of the animation to accommodate the awkwardness of dealing with After Effects’ awkward graph editor. Still, in Cavalry, I make no such compromises.”

Nick Ritter is a director, editor, and motion graphics artist over at Harmon Brothers. 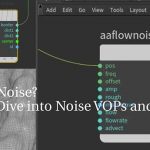 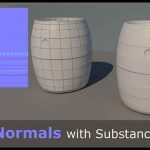 A Practical Use Case for Cavalry Layout Shape

How to Use Calvary’s Rectangle Pattern Shape to Create FUI