An Easy Way to Sculpt a Nose in ZBrush

Ben De Angelis shows a fast way to sculpt a nose in ZBrush that only takes a couple of minutes.

A nose is one of those features that looks weirder the more you study it. When sculpting a nose, you can get lost in some forms, but working with base shapes helps. Check out this quick tip tutorial from Follygon (Ben De Angelis) that shows a surefire way to sculpt a nose quickly in Zbrush every time.

De Angelis uses some primitives and some standard ZBrush brushes to sculpt a lovely nose in under two minutes.

Ben De Angelis “Follygon” is a professional digital sculptor with a background in sculpting appealing characters for toys and life-size figures for production in various styles. Ben has worked on such IPs as Pokemon, Barbie, Batman, Shrek, Ghostbusters, Hotel Transylvania, Madagascar, Flintstones, Clash of Clans, and many more. 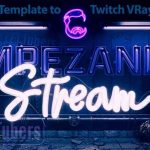 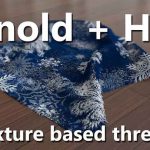 How to Create an Amazing Comic-Style Render in Zbrush

How to Get Great Renders With ZBrush BPR

How to Create a Stylized Game Asset With Maya, Zbrush, Painter

Working with the Zbrush GoB Addon for Blender