An Absolute Beginner’s Guide to Lighting in Unreal 5

Lighting can be a tricky thing, especially for people who are new to general 3D. It’s so much more than placing a light source and hitting render. Add to that a real-time environment like Unreal Engine, adding another level of complexity. This new tutorial from William Faucher offers a nice primer for those who want to learn more about lighting in Unreal Engine 5, and how to elevate a simple scene to look realistic.

“It’s not always the most obvious thing to get right, and lighting in Unreal poses its own share of challenges on top of that.” Faucher says. The tutorial covers the fundamentals of light, what kind of lights are available, how they work, and how to make the most of them. Follow along and learn how to light an environment from total scratch, twice. Once for daytime lighting and a second for an overcast, dark, gloomy day look. 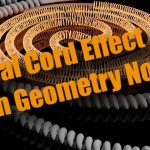 How to Make a Spiral Cable With Blender Geometry Nodes Previous
How to Create a Product Shot With Voronoi Fracture in... Next 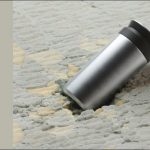 How to Add Rustling and Falling Leaves in Unreal Engine

How to Use a Custom Base Mesh With MetaHuman in Unreal

How to Make Realistic Hair With Unreal 5