Brian Charles shares his script for After Effects, that will allow you to easily create an array of lights, either in a grid or circular pattern. With LightGrid Script, you can then control the light’s parameters all in one handy place.

An After Effects script for rigging lights in grids and circles

Selecting the LightGrid Script will bring up a dock-able panel in Ae that will let you choose the light type, the number of lights, and how you want the arranged.

The lights in the scene will then be generated as numbered sets. When creating spotlights with the script, they will come in with a spotlight controller as well as a point of interest controller, which makes aiming the lights simple. LightGrid houses all the light controls in one effects panel offering you one convenient place to change and animate light attributes for the array. 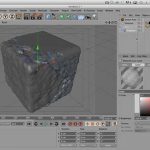 Exploring Corrosion Effects in C4D with X-Particles Previous
Get Maya Style Extension Management with the Plugin Manager... Next 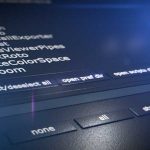 How to Create Better Ae Templates With Danim Box