Imagineer Systems previewed at the NAB show, some of the newest features that will be available in Mocha Pro 5, its flagship visual effects tool for tracking, rotoscoping and removals. Some great features look to be coming in the release, which include a new plugin option for multiple hosts, GPU accelerated tracking, and an expanded Python API, to name a few.

I have always found Mocha Pro to be an amazing tool that I could not live without. It is why I sing its praises over and over again on this site — I am a big fan of any application that is built for work, not play… Industrial strength stuff, and Mocha is certainly that.

One thing that speaks to Imagineer System’s dedication to make Mocha Pro 5 a valuable tool for professionals, is and expanded Python API allowing Mocha to not only integrate with facility pipelines, but also script tasks and workflows within the application. This is in sharp contrast to something like After Effects, which choose to use what was meant to be a more “artist friendly” but an oddly out of place JavaScript integration.

The upcoming release for Mocha Pro will be available as a plugin option that will work with multiple hosts. This allows for a much less disjointed workflow, making Mocha Pro 5’s tools accessible in After Effects, Premiere, Resolve, Nuke, and Media Composer. You can see the new plugin option in use below, as Product Manager, Martin Brennan walks through tracking  VR 360 footage in After Effects, along with Mettle Skybox Studio.

Planner tracking can take advantage of your computer’s hardware card by introducing GPU tracking. This will offer faster planar tracking on high resolution source, with tests showing it as being twice as fast as previous versions. 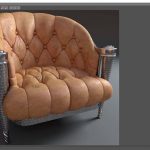 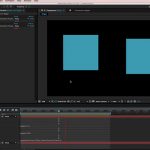