Watch Some of the Maya Graph Editor improvements

Autodesk’s Steven Roselle shares a look into some of the improvements made in the Maya graph editor in version 2017. In my mind UX weighs more heavily than UI, and I do love power and speed. I would rather an application look like crap and perform amazingly well than have pretty buttons. This is why I love Maya, it is a workhorse first and foremost.

A lot of smaller improvements came into the Maya Graph Editor in 2017 that make it a much better tool both the speed and UX side of things. One of the more significant features is that the graph editor is its speed in Maya 2017. It’s not a little bit faster, it is faster by leaps and bounds. This is due to GPU acceleration, making it move about heavy key framed animated scenes as if they were nothing.

The fidelity of the display has also been greatly improved. It is so much easier to see what is going on in heavy scenes. The visual clutter automatically recedes when looking at a larger overview of the animation curves.

The Maya graph editor in 2017 also added new ways to scrub and zoom the timeline by adding a time bar to the panel, along with set in and out points. This makes it easy to move around the animation and set a range to focus on, without using the main time slider.

There are some nice improvements in the Maya Graph Editor, making it more of a workhorse for animators and casual users alike. 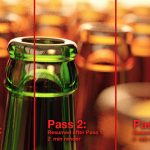 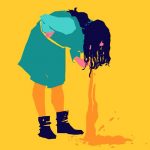 A Quick Look at Workspaces in Maya and Maya LT 2017

The Power of Editing Clips With Maya’s Time Editor