Houdini 16 Changed the Group Node, Here’s What You Need to Know

With the release of Side FX Houdini 16 came some really nice features and changes. Not all are, nor need to be huge, jaw dropping ones. Along side of the additions of terrain generation, Hair and Grooming tools and character animation and rigging, came some nice user experience changes too, that will ultimately help improve with user workflow.

Of course the big ones in user experience in Houdini 16 are the additions of the new network editor and radial menus. There are also some great smaller ones, such as the group node. These changes can significantly change the way that you work with the group node within Houdini.

Walking through everything you need to know about the new group node changes, is master Houdini trainer, Rohan Dalvi. Houdini 16 made significant changes by redesigning Copy, Instance and Group. Watch Rohan’s video to find out how these changes can change your workflow, providing examples or context. 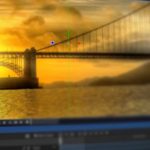 How to Create Realistic Water Effects Using HitFilm's... Previous
Attach a MASH Network to a Cloth Solve in Maya Next 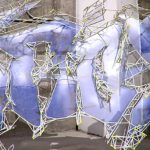