A lot has changed from that last version to the new Houdini16. Changes were made that will fundamentally alter the way that you work in application. A lot of the SOPs in Houdini have been deprecated or relegated, making room for new and more modern nodes. “Surface Operators” are Houdini nodes that allow you to construct and modify geometry.

Explaining which nodes have been effected, is Jeff Wagner, who offers a look into each of the new SOP replacements. The Point, Vertex, Copy and Extrude SOPs have all been relegated, while Houdini’s Group and Material Network SOPs have been deprecated.

Jeff also covers the improvements that were made to the ForEach Blocks, a look into the new compile blocks, and boolean workflows. Jeff also look into how to build efficient networks with the new Houdini 16. 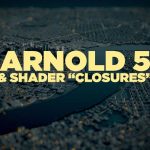 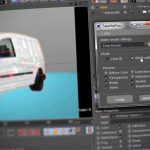