Register for the BodyPaint Open Beta

When BodyPaint initially came on the scene, it was an amazing tool. Other applications allowed you to point directly on models, but few had the integration needed for production. Fast-forward to today, and BodyPaint has been the neglected thing in the corner, leaving C4D artists to fend for themselves in the realm of UV’s and texturing.

All was not lost though, it was almost a year ago when Maxon teased some future developments for Body Paint 3D. Looks like things are coming to a head, with an open call to Cinema 4D users who would like to help test the newest features in BodyPaint.

Time to dig out those ancient 3DKiwi Bodypaint tutorials to remember how the heck it actually works.

The Open Beta features a new high-performance OpenGL painting engine that offers instant viewport feedback. Also on tap is new projection painting improvements that allow you to project images onto the surface of an object and edit placement afterwards.

Maxon does warn: “Even though the development of the new version of BodyPaint3D is quite advanced, it’s still in the development phase and crashes, including loss of data, cannot be excluded. Therefore, we recommend that you don’t test BodyPaint 3D on computers that are an indispensable part of your everyday work. If you have experience testing beta software we look forward to receiving your feedback!”

The open beta program is open to all interested users that own a legitimate Cinema 4D or Body Paint 3D R18 license. Visit Maxon to sign up. 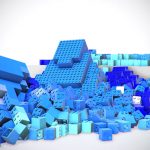 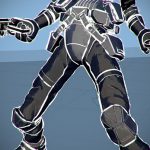 Getting Started With BodyPaint in Cinema 4D