Plugin Everything Will Release Cartoon Moblur for After Effects, Extending an Efficient Way to Make Motion Trails

When trying to make some modest motion trails on a piece of animation, I’m sure we have all busted-out the Echo effect in After Effects at some point. Equally, some of us might have thrown that idea out the window after judging it to be a grossly ineffective way to get them.

The question is, how does anyone create motion trails in After Effects without taking a hit on performance and resources? There might be a new alternative looming on the horizon. Plugin Everything, creators of TextBox and TextDelay, are teeing up to release Cartoon Moblur: A native Ae plug that will add stylish trails to your work.

The plugin has its footing a motion blur concept. In fact, the plugin behaves similarly to a regular motion blur in After Effects. The trails effect is generated based on the motion of your element in the scene. You can change the visual aspects of the trail by working with common motion-blur controls like Shutter angle and phase and alter color and opacity through the plugin’s settings.

Cartoon Moblur will be released soon, stay tuned for details. 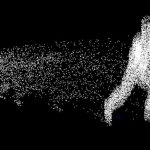 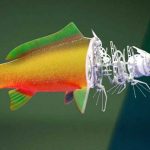 3 Ways to Create an Animated Smear Effect in Ae